This guy and his friends went on a bike tour when he was blocked by a thief. The thief tried to get his camera while pointing a gun at the victim. This guy refused to give his camera while the thief is still pointing a gun at him and trying to get the guy’s camera. Unnoticed by the thief that he was caught on camera because the guy is recording with a GoPro in his forehead.

He got all the happening captured on a video while trying to escape from the thief. He even left his bike on the sidestreet just to get away from the thief. This guy got robbed but managed to escape with the video which acts as a proof of the incident. 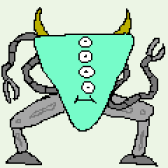