We all know that Samsung has often been accused of being a copycat. I was at the Mobile World Congress in Barcelona, Spain recently, and Galaxy S6 was announced there. They for sure came up with the best ideas for their new flagship. Not only does the S6 look like the most unique product, but it also stands out more with its smart design. I am amazed how Galaxy S6 smartphones were redesigned in glass. Wondering about the cheap-feeling plastic back cover? Samsung dumped it in this new flagship – it’s all in glass in fact! New S6 now delivers a better camera, fingerprint sensor, mobile payment capability, heart-rate monitor, operating system, flash, storage and more.

Actually, what amazing to me is how Samsung made the new flagship compatible with Virtual Reality headsets. Virtual Reality (VR), sometimes referred to as immersive multimedia, is a computer-simulated environment that can simulate physical presence in places in the real world or imagined worlds. Virtual reality can recreate sensory experiences, which include virtual taste, sight, smell, sound, and touch. Max Cohen, head of Oculus Mobile, says:

Android Storm! Up to 65% OFF + Free Shipping for Over 1000 Kinds of Android Phones at Everbuying. 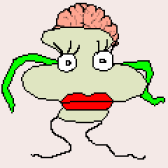