*You’ll need a proper red paper for this hearts. I bought mine in a office supplies store (stuff like pens, pencils, notepads, paper and so on are sold there).. I bought two A4 size sheets, but one was enough, never used the second one.. All I can say is that it’s density should be more than 80g/m2 (80 g/m2 is the regular A4 paper we all are used to, density of the paper is written on the price label/tag or on the package).. I don’t quite remember but probably it was 160 g/m2 – It’s thicker and heavier…..But, if You find of an even higher density I think it should be better..

*You’ll need a copying paper (can be bought at the same store). BUT I didn’t use any template for this hearts to be drawn.. Make a template yourself: just take a simple paper (better if squared) and first of all try to draw a heart (only outline). When you’re happy with it start drawing a spiral inside starting from outside and going to the center of the heart.. Do it on a regular paper, don’t be afraid to correct, erase, draw it in a greasy way, I mean let it be Your sketch-work. While drawing try to maintain a constant width of the spiral rings. When You’re done and happy transfer the spiral heart on the red paper by using the copying paper – don’t push too hard, it’s better if the line is barely seen on the red paper.

*Spiral should end with a small heart in the center of the bigger one – when both big hearts are attached to the card stick the small hearts with each other with the glue.

*Stick hearts to the card strictly symmetrically – otherwise it would be hard to close the card.

*Letters are cut out of the same paper. Tactics are the same: succeed in drawing a sketch and the transfer it on a red paper with copying paper – better if in a mirror projection, so that the line stays on the invisible side of the letters.

*Some people report that the spiral is falling… it could happen because of these reasons:
1. The paper is too thin.
2. The spiral is too long – in this case try to make a draw a spiral with less rings.
3. The hearts oriented in a wrong way – I mean the spiral’s first ring (the biggest one) should start going out of the card OUTSIDE, not inside in can be clearly seen in the video.. When it goes outside it acts like a spring stretching the spiral.. 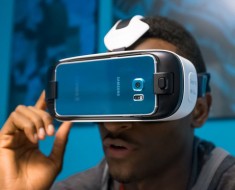 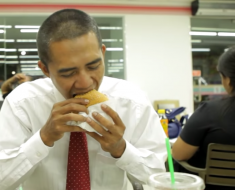 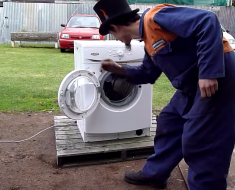 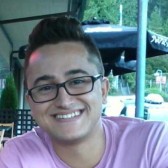